April 30, 2021 WARNING... Montreal Port Strike is disrupting shipments in and out of Canada...

we work
• international relocation assistance since 1891

Apr 30th, 2021    Today, the Canadian Government passed back to work legislation compelling Montreal Longshoremen back to work. Workers vow legal action based on the Canadian Charter of Rights and new changes to work schedules undermining contract negotiations, stretching from 2018. The government expects all port operations have to resume as the law comes into effect the next day.    more...

The Canadian Union of Public Employees and the Maratime Employers Association at the Port of Montreal ended their latest agreement in March 2021. During 2020 the port operations faced months of disruptions over the similar concerns but now the port employer (i.e. Maritime Employers) have announced they would be ending aspects of pay for the 1100 plus longshoremen.
The port processes over 2000 containers a day and over 2500 trucks needed to handle that activity. COVID has already made a significant impact on international shipments. We face the increased importance of human intervention and needing options only experience established organizations provide.
Switching transit plans is not as economically viable, given how COVID closed down air traffic and applied other pressures on then existing shipping processes.
None the less, shipments are getting through. Give Bekins a call now to discuss your needs and options.

Jan 15th, 2021    The Acceleration Of Disruptions Have Become A Norm
• Shipping containers continue to be increasingly expensive, costs rising by hundreds of percent. Mediterranean TEU (i.e. Twenty-foot Equivalent Unit) rates have risen to the $4000 to $5000 range - 300% above last year.   more...

Carriers now are inviting bids for available slots on end-January sailings from China to Rotterdam where bids under $10,000 are not expected to succeed. The pressure on rates is expected to only ease a little until August.

• Ports are beginning to report increased traffic over last year. Not as reported are new hidden fees not reflected in index prices are surfacing like: "premium space guarantee" charges that add an extra $2,000 plus per container ( one carrier has even imposed a cancellation fee of ocean freight plus those premium costs) and of course our old 'friend' the demurrage and storage add on.

• The worldwide shift from multilateralism to populist nationalism has put pressure on national and local governments to adapt. The normalization of a flurry of government activity sees situations like France announcing tougher rules for non EU travellers arriving (a 7 day quarantine, before and after testing requirements and 6pm to 6am curfew in on January 15th, 2020 that coming into effect January 16thth, 2020). While moving and trucking was not directly impacted by these, the family who moved was.

– The planned scheduled changed and extra costs for handling and storage needed to be paid out.
– BREXIT has emphasized the impact on reduced annual available road freight capacity by 16%.
Driving up annual prices by 8.7%, according to TMM, Europe's market monitor.


Jan, 2020    New International Fuel Regulations Impact On Moves
UN International Maritime Organization regulations limiting the sulphur content of fuel to 0.5% (down from 3.5%) takes effect on January 1, 2020 in its IMO 2020. It means:
•  Costs of sea, rail and truck shipment will rise
•  Predictable shipment arrival dates will be problematic
•  Shipment options will get more attention
•  The reduced air pollution from ships will help save 570,000 from premature deaths worldwide by 2025

•  emissions from the over 50,000 ships using bunker crude oil will reduce by over 80%
•  Bunker crude is the heavy oil left over after refinement distillation produces gasoline, diesel and heating oil.
•  How refineries will deal with the changing levels of toxic waste left when they cannot be sold as bunker fuel is unclear.
•  Studies have shown that over 80% of the worlds sulphur emissions come from burning this bunker / heavy fuel oil.
•  Currently a couple of dozen of the worlds largest ships generate more sulphur pollution than all the worlds cars and more carbon dioxide than air traffic creates.
•  Demand will change to; 0.5% low sulphur heavy fuel oil, costly scrubbers that clean pollution from heavy fuel oil, and LNG as ships are replaced.
•  The current 100 million gallons of heavy fuel oil used daily will need to be replaced by using diesel or even jet fuel as part of a blend that meets 0.5% sulphur content.
•  Cost and availability of ultra-low-sulphur fuel and fuel for truck and rail shipment will come under pressure. Forecasts expect price changes of 100% during 2020 and possibly another 100% over the 3 following years, until production ramp ups, storage upgrades and engine technology upgrades come into play.
•  Pressure to use fuel more efficiently, such as with slow and super-slow steaming and lower speeds, will continue. Shipment delays and variable arrival times, increasing costs of labour, economic turmoil, and now these fuel implications will add to problematic outcomes for many shipping services. 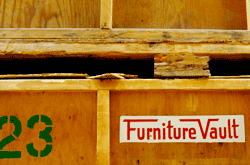 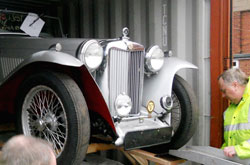 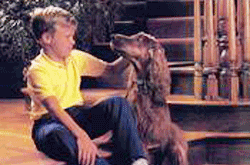 Customer care for a smooth relocation. 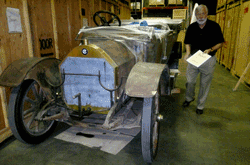 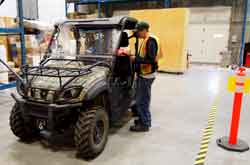 All terrain vehicles, one of a kind show cars. 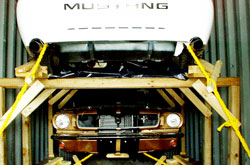 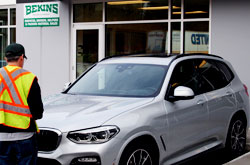 A new car for your new country. 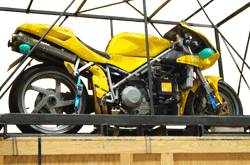 Freedom on the road with your favourite motorcycle. 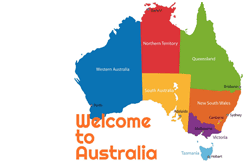 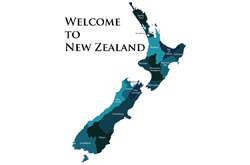 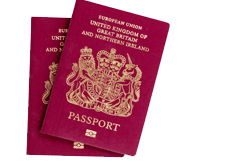 Relocating to the UK 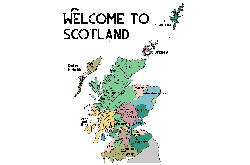 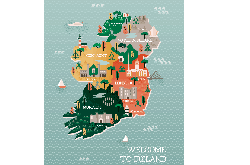 Canadian multiculturalism... reinforced by the large distances... are different from... more 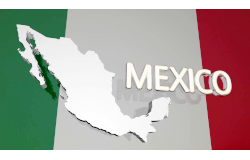 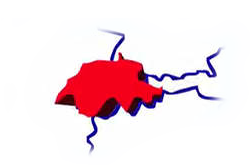 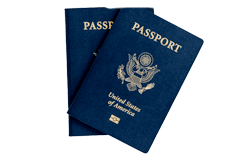 Relocating to the USA 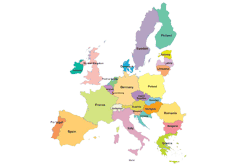 Relocating to the EU 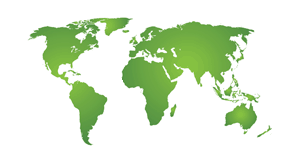 Dedicating 100’s of world wide professionals and 1000’s of pieces of equipment, across continents, to the benefit of families and organizations making international moves, relocations and transfers. Click here for client reviews.